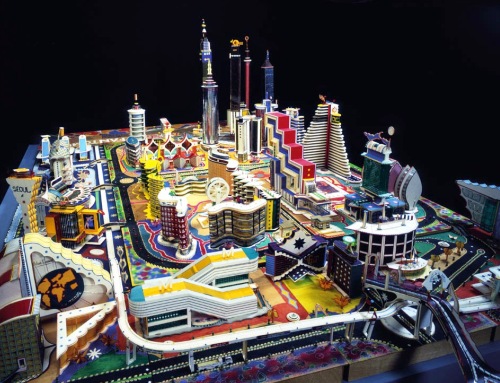 As a contemporary African artist, this self-taught sculptor is known for the creation of his fantastical cities which he constructed of cardboard, paper, commercial packaging and materials from daily life. He called them "Extreme Maquettes".

In 1989 Bodys Isek Kingelez started his creative life by working for the National Museum in Kinshasa, the capital of the Congo. Here he restored tribal masks. At the same time he began to build his architectural models and when he lost his job in 1985, he turned to doing these models full time.

He exhibited at Les Magicians de la Terre, having been invited to display his works by Andre Magnin, curator of the Pigozzi Collection. By the end of the 90's he had exhibited at the MOMA, New York, the Saatchi and Serpentine Galleries in London and in Berlin.

By 2007 Kingelez was having his work used by curators to show the shifting cultural tide of contemporary African art.

In his lifetime he created over 300 models graduating form individual architectural structures to assembling entire cities by 1992.

His first model was of 'Kimbembele-Ihunga' after the village where he was born... see below. 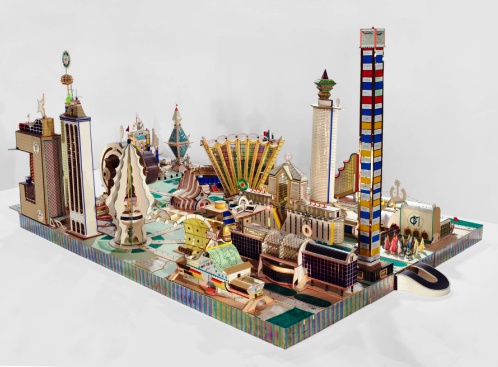 Kimbembele-Ihunga, village of his birth 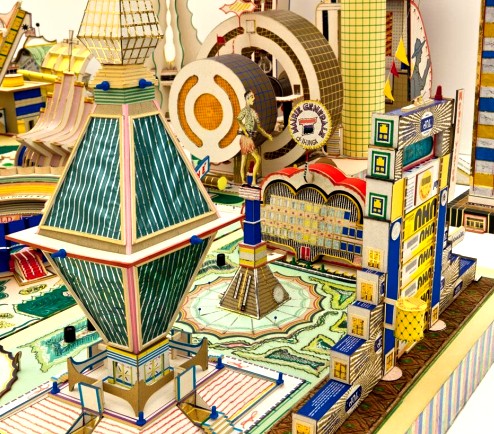 Kingelez's greatest asset was his deep imagination. His urban models of city life were a vision of a Utopic life... water tunnels, stairs, avenues, stadiums, towers, gardens, squares but no police stations, traffic jams, cemeteries and especially... no people!

The MOMA held a retrospective for this important artist in 2018 from May to October. The installation spanned 3 decades of his work and showed the transition from his early single-story models to the spectacular, sprawling metropolises of his mid-career to the futuristic cities of his late works... incorporating increasingly unorthodox materials. 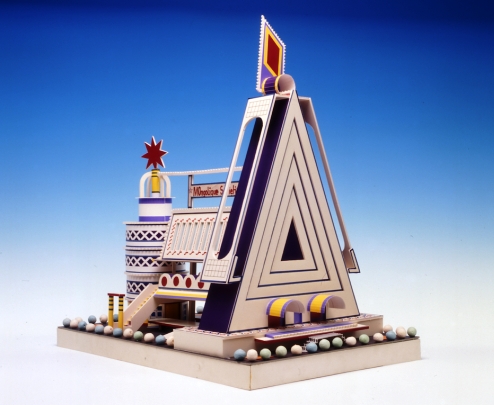 The combination of his low-tech technique coupled with the daring formalism and ideology behind the pieces creates an intensity we can feel upon viewing his work.

Somehow his work seems to be naive and avant-garde at the same time!