This extra-ordinary, visionary African artist has played an essential role in the developing maturity of contemporary South African art. Seen below is a piece from one of his latest collections 'Social Engineering' shown in Johannesburg at Melrose gallery. 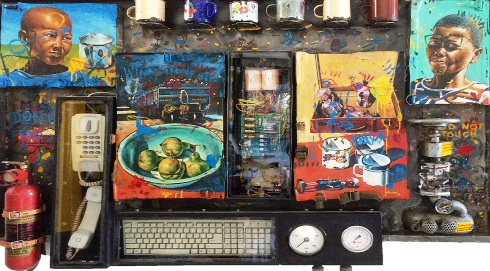 Willie Bester's work has been featured at every major exhibition of contemporary African art throughout the globe. He has held, or been a part of, countless solo and group exhibitions locally, regionally and abroad… been featured at Biennales, awarded grand prizes and has had his art collected by major institutions and private collections in just about every continent.

Visit this site to see a full resume of this astonishing artist:

His subject matter has always been confrontational and he took great risks to create, explore and exhibit politically motivated work in the face of a hostile government.

Secondly to that he was using found or junk objects in his art way before it became fashionable to do so. Not only is he resourceful, he has been relentless in his pursuit of forcing the viewer to engage with his selected subject matter for he has always had something relevant and important to communicate.

Bester uses personal experience and specific incidents to convey his political conscience. In his late teens he joined the army, the SA Defence Force. His time spent there and in a military camp for unemployed black youth were defining years; the experience of raw racism and the war have continued to influence his work.

An intermittent theme he explores is displacement, forced eviction and the effects of migrant labour on communities, both home-based and foreign. 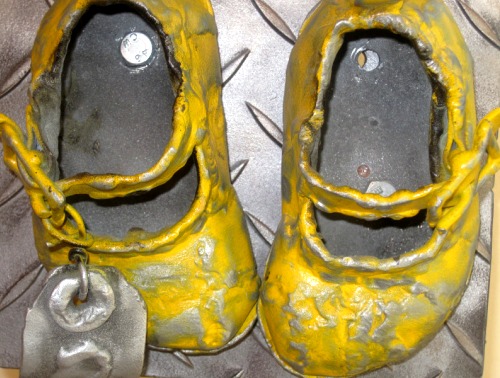 Other recurring motifs are children's shoes... they allude to the daily realities of the exploitation of missing and abused children, an issue he continues to highlight whenever possible. 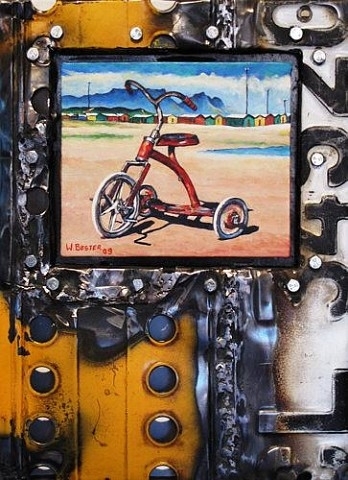 His techniques extend to including naturalistic oil paintings in among the assembled, found objects; iron, metal, wood, clothing, plastic and leather.

The painted areas often provide both the central story and the focus of the piece.

Iron sculptures of the tools of apartheid and the brutal tactics of the SA Police Force all become subjects for his narrative pieces. See the powerful Trojan Horse series featured below. 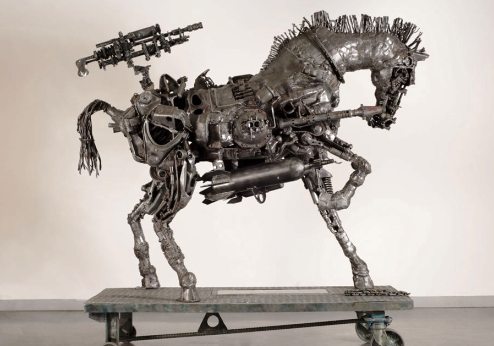 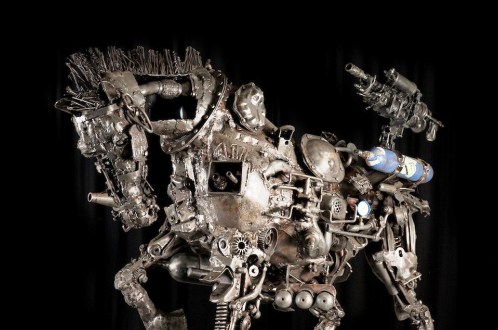 His artworks are often deeply personal as well as historical and can include newspaper and magazine cuttings and photos. The text establishes the historical moment and the images and found pieces become symbolic archetypes of whatever theme he is portraying.

Willie Bester has said that being apolitical is a luxury no South African can afford. He continues to address issues of corruption and Government accountability in the new South Africa.