Robin Rhode was born in Cape Town, South Africa in 1976.

He currently has workshop spaces in Berlin and Johannesburg but has made his unique form of art in cities all over the world including Istanbul, Mexico City and Jericho. Digital video animations, performance, music videos, stage designs and productions, operas.. an extremely versatile and creative artist, all these extend beyond his photography, drawing, painting and sculpture. 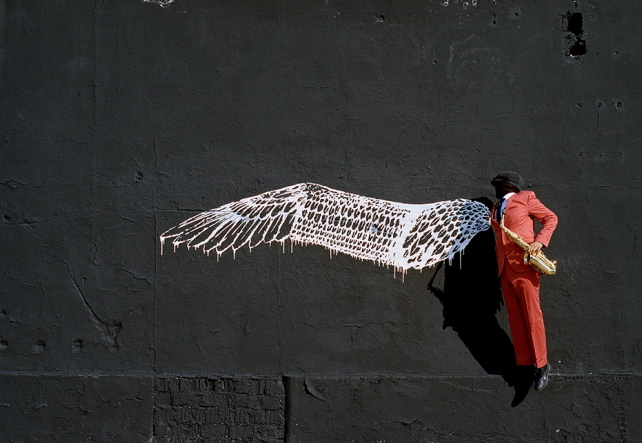 Urban walls are his canvas. Using chalk, paint, charcoal and even soap and utilizing clear and simple language of form, he draws the sets for his performances, capturing the action in photos or on videos. He utilizes techniques of illusion, melding individual expression with broader and deeper social concerns. Hip-hop, film, popular sports and street murals were his influence as a youth. The artist becomes a performer, a street interventionist.

When in Johannesburg he uses the same vacant building as his platform and often engages the community around him, most specifically a dancer called Kevin Narain to interact with his fleeting images. Rhode's photographs capture the interaction between the static (the design/2-dimensional imagery) and the moving (the performer). 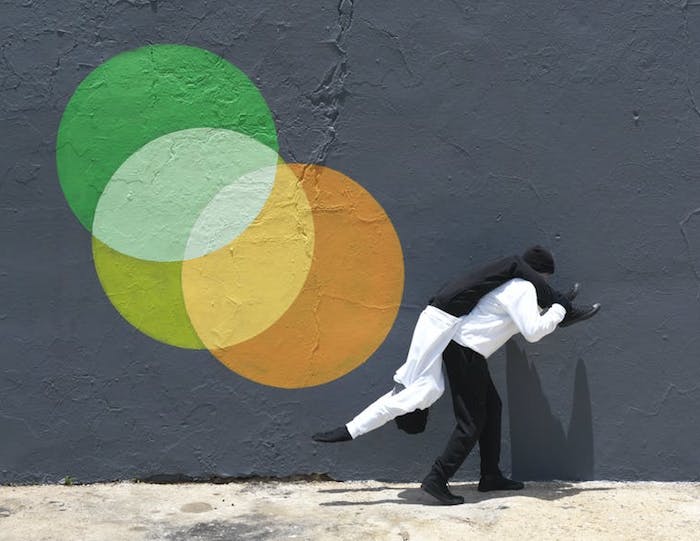 Robin Rhode 'Under the Sun'

His street paintings meditate on the violence and trauma he has witnessed in disenfranchised neighborhoods of Johannesburg.

But from the start he has consciously used humor to address political issues in a subtle and playful way.

His work has been acquired by many local and international collectors and galleries including MoMA, NY and the Centre Pompidou, Paris.