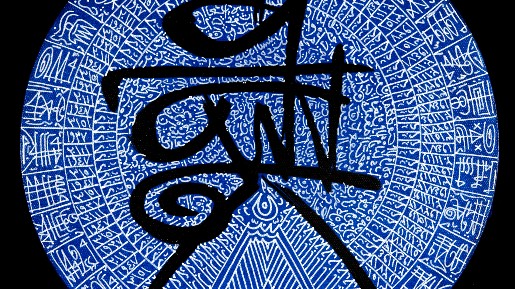 Rachid Koraichi currently lives and works between Tunisia and Paris.

Adept at pretty much everything he turns his hand to, he works singly or collectively to produce prints, ceramics, embroidered silk hangings, textiles, works on canvas and paper, sculptures and installations. 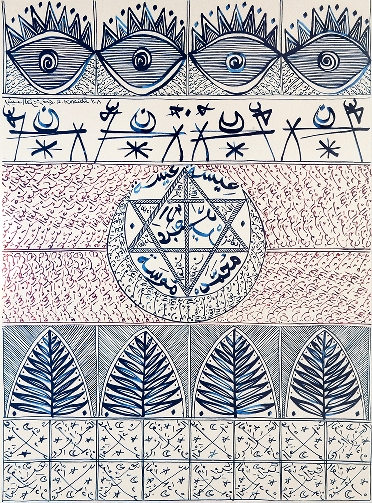 At the heart of everything is his belief that art is a path to the unknown.

Using signs and symbols from both ancient civilizations and his own imaginary ideograms he creates his own visual language. Working with a limited palette of black, blue or terracotta fired-earth tones, being monotone they help to emphasize the graphic power of his inscriptions.

His work has been represented in various forms in numerous, major institutional and private collections throughout the world in cities such as Paris, London, Cairo, Washington, Miami, NY in the USA and in Immam, Jordan. The Guggenheim,  Abu Dhabi acquired his installation “Path of Roses” which was exhibited in 2011 as a site-specific piece. 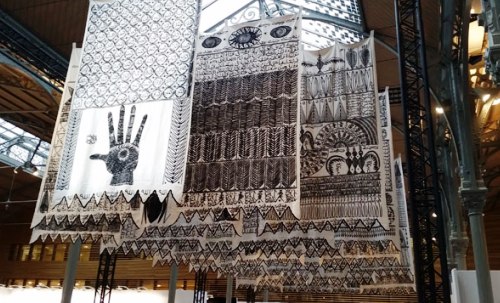 In 2011, Koraichi won the prestigious Jameel Prize for his 7 large-scale banners “The Invisible Masters” he created for a show at the Victoria and Albert Museum in London. The work aimed to show that the world of Islam, in contrast to contemporary perceptions of crisis and violence, has another side entirely. The judges also recognized the value of his desire to revive and reinvent his country’s artistic legacy.

Over many years his artwork has been presented by October Gallery, London with 3 major exhibitions each showing a masterful collection of works:

"Essentially his work explores the culture of the artisan as well as Sufism’s deep humanistic respect of intellectual curiosity, tolerance of diversity and freedom of expression"... Elmarsa Gallery. 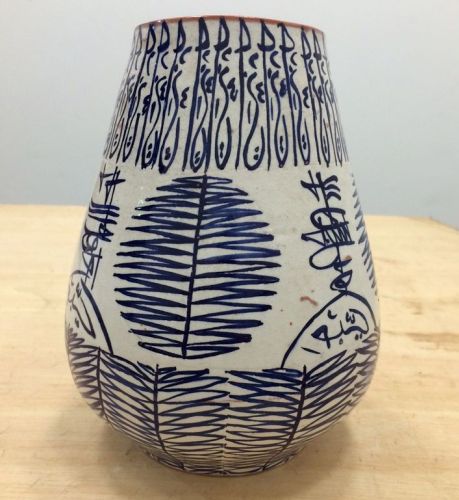