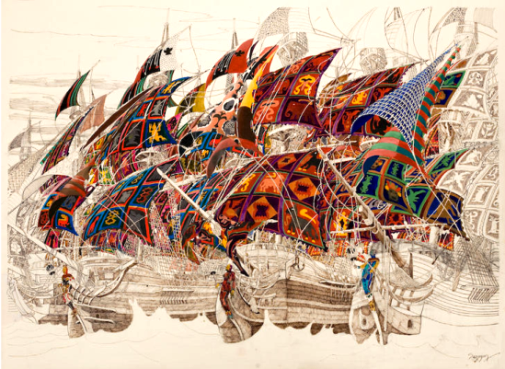 'Departure and Return of Spirits', coloured inks on paper

Lives and works in Paris. His work is defined by 2 things, Yoruba culture, (specifically Vodun religion) and African slavery. In this way he stands as a visual interpreter of the collective unconsciousness of his nation and the whole continent. Other recurring themes are around the relationship of man with nature and everyday contexts of life in Benin.

He began his career by studying architecture in Uzbekistan, continued studies in Paris and then practiced as a graphic designer specialising in computer images. He then turned to the full-time development of being a professional artist.

The quality of Julien Sinzogan's work is undeniably impressive. Exquisitely rendered in ink on paper, he uses colour for emphasis to tell the story and to provide relief and joy to what could be a harrowing account of a difficult topic. 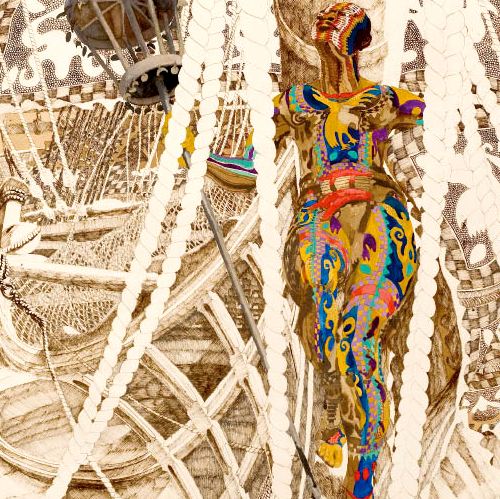 He is inspired by the ancestral belief of the journeys of the spirits between the living (physical existence) and the 'other' world (the spiritual realm). This topic is repeatedly pursued and explored in his pieces. 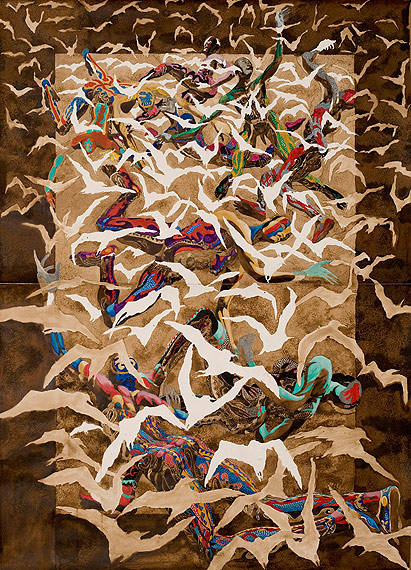 He has had several major solo exhibitions in the UK and elsewhere. They include various shows in France and with October gallery in London. He has also contributed to a number of significant group shows such as Uncomfortable Truths, V&A, London in 2007, Angaza Africa , Africa Art Now, London 2008, Joburg Art Fair, 2009 and at Museu Afro Brazil, Sao Paulo in 2015. 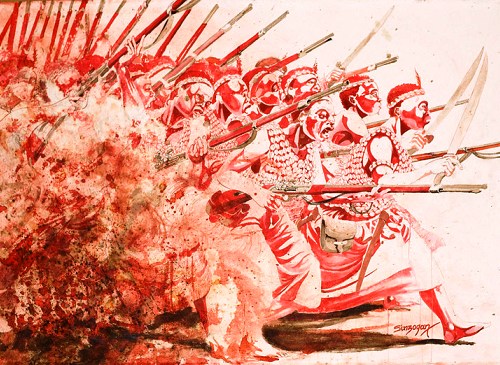 His work can be found in many prestigious collections through out the world.