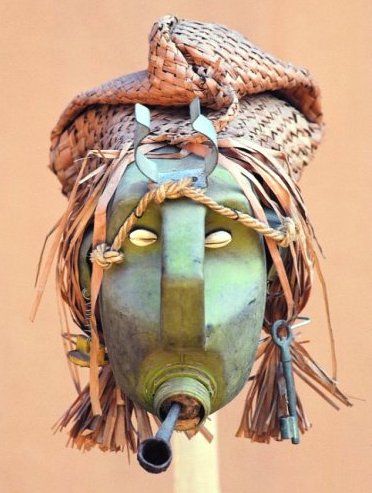 In general, Romuald Hazoume appropriates found objects and reconstructs them in unfamiliar assemblages. By placing them out of context he manages to alter their meaning. These ambitious and powerful creations mark him as a genuinely original and innovative artist.

He made a very early impact on the world art scene with a show in London at the Saatchi Gallery called “Out of Africa” in 1992 and later in New York with more masks and canvases in 1999. He has featured in just about every major international show on Contemporary African Art there has been this century… (Africa Remix, Angaza, Pigozzi Collection and more).

October Gallery in London has long supported him through many exhibitions like “Made in Porto Novo” which went on show in 2009. 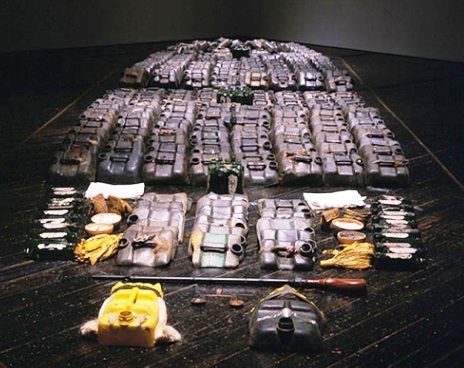 Being very proud of his Yoruban heritage he deals with issues like the slave trade in Africa and specifically Benin as a key starting point. His most famous piece with high impact is called ‘La Bouche  du Roi’.

304 masks were made from black plastic, jerry cans used for fuel. This major installation piece constructed over the years of 1997-2005 continues to be exhibited throughout the UK as part of the bi-centenary remembrance of the Slave Trade Act of 1807. A multiple-layered piece it includes and is supported by photography, film, crafted accompanying smells.

Other installations like ‘Porto Novo’ include soundscapes which flood the room with interlocking sequences of sounds that may or may not be recognizable! They form an integral part of his many levelled experience he creates for the observer.

His masks can be seen as contemporary portraits, they remind us of people we know or have seen around and about.

Hazoume is aware that he crosses cultural boundaries by displaying masks as simple art objects… that they do not carry the significance assigned to the more sacred traditional ones. But he has his own point to make and they touch on social issues like the pervasive reach and impact of western- generated consumer culture on African countries. 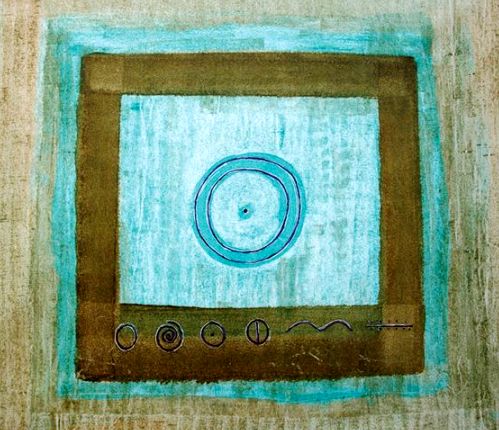 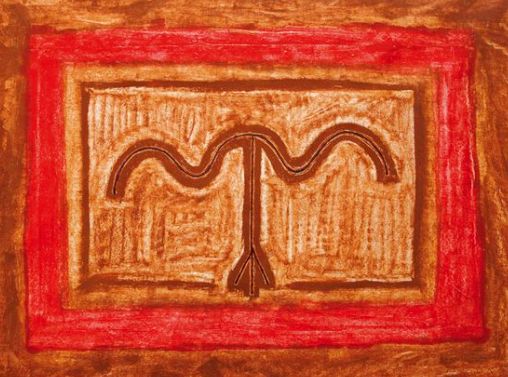 His canvases which he has been painting for many years are deeply personal and are his contribution to preserving the symbolic language of many West African tribes of countries like Niger, Ghana and Cameroon.

He adds to them on a yearly basis using old mural techniques like rubbing natural pigments like ocre and terracotta into his canvases as a background for his linear symbols.