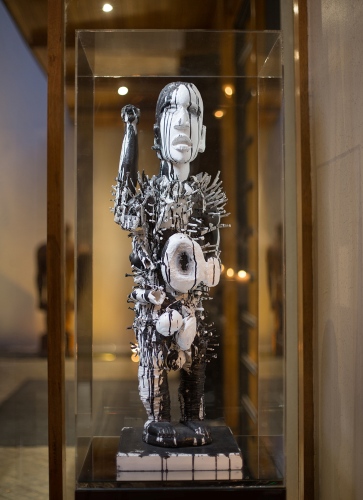 Currently residing in Brussels, Belgium, the contemporary African artist Kendell Geers was born in Johannesburg, South Africa. He changed his birth date to May, 1968 in order to give birth to himself as a work of art and as being part of a global social revolution.

Geers work is and always has been, politically charged, engaging with issues like colonialism, apartheid and power structures. His first major show at the Iziko National Gallery in Cape Town was called Heart of Darkness in 1993. Generally, he seeks to unsettle and disrupt, questioning morality and accepted codes of behaviour through his often shocking but profound artworks.

His work has been consistently shown in solo or group exhibitions all over the world as well as being included in shows like Documenta (11 and 14) or at Biennales such as Venice (1993) and many others from Taipei to Cuba and Istanbul to Sao Paolo. Both private collectors and public institutions have invested in his art. He also curates, publishes and performs... leaving very few creative outlets untouched by his own brand of activism. 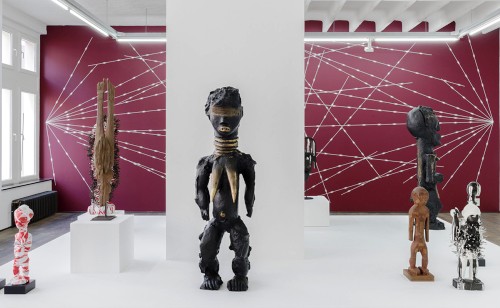 Geers continually pushes his own boundaries both technically and conceptually, most recently experimenting with 3D printing and scanned paintings and drawings. These reworked and transformed images allow him to create a dialogue between cultures.

In the 2019 exhibition Curated Incarnations: African art as Philosophy, Geers and the Congolese collector Sindika Dokolo bring together a number of African artists whose work reflects the diversity of African heritage and history from an Afrocentric point of view. 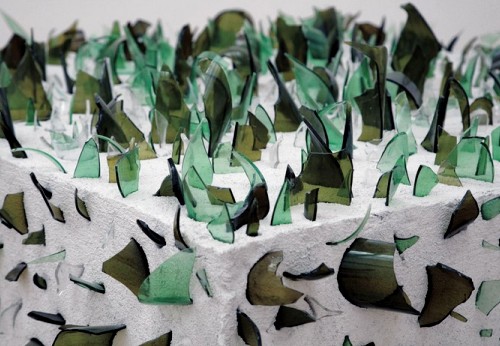 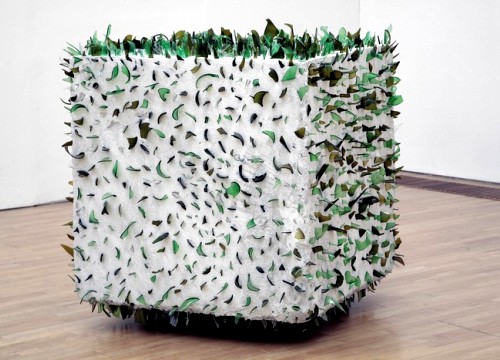 His medium includes printing (2D and 3D), painting, sculpture, film, performance, installation pieces. Broken bottles, bricks and razormesh are frequently used... an exploration of his local  legacy... the brutal days of force, freedom struggles and violence on the streets in South Africa.

Geers often uses language and text in his pieces, be it often subversive and shocking. But underneath it all, he believes art is a visual connection and can free and unite people separated by language, culture and ideologies. 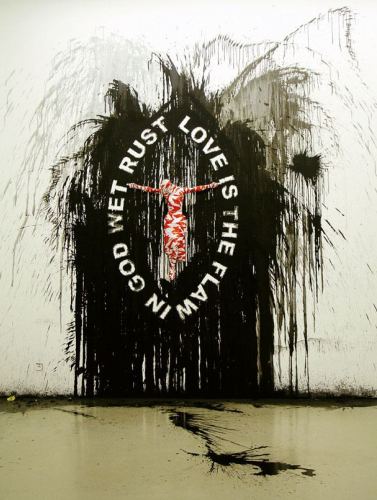 The question of identity is key to the work of Kendell Geers. Growing up in South Africa as a white person he felt keenly the effects and disparity of separate development for South African societies. An extreme activist in his early days, he refused to serve in the SA army fleeing to the USA and only returning to his home country after Mandela's release.

In this artwork below his images invoke more than a story, there is an air of dissent, anticipation counteracted with a literal state of being dead.. a harsh reminder of the possibilities of life in his home country. Sex, glamour, guns and death... humour of a dark sort! 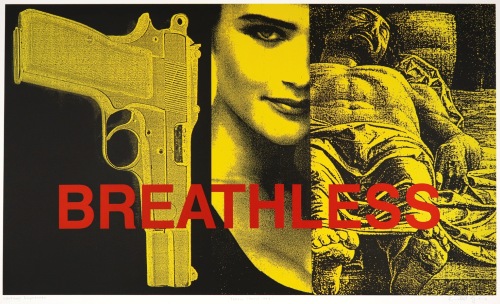 25 Years on and still using the printed medium to brilliant effect, Afro Punk , 2017 is a dialogue between two worlds - using cutting edge technology to scan and print rare African artifacts, Geers transforms them into existential questions about ethics and aesthetics. Seeing the reanimation of spirit through art an essential process, this artist asks the question whether spirit can be transferred from one form to another?

Can a 3D scan or print might hold the memory of the original? 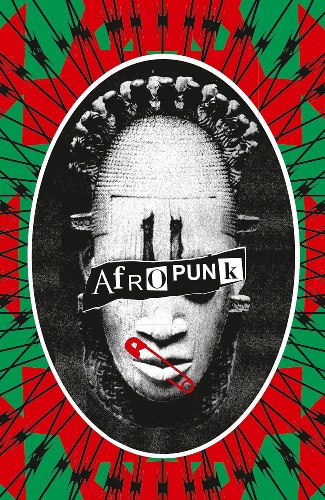 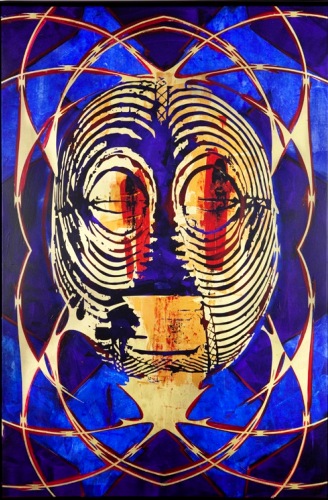 One thing is for sure, Kendell Geers will continue to shock but his sharp intellect, wit and artistic endeavors have made him a leading provocateur, the enduring and entertaining bad boy of contemporary African art.. long may he persist.