Born in 1971 in the coastal town of Porto Novo in Benin, West Africa, the contemporary African artist Gerard Quenum continues to operate out of his studio in the capital and in Cotonou, a neighboring town where he and other avant-gardes held guerrilla exhibitions in the streets. These days his work is more likely to be found gracing the streets of Paris and London.

His work is instantly recognizable due to his unique use of discarded European dolls and their dismembered parts. Central to his sculptural installations are these Poupees which he has blackened with dirt and ash, and twisted and singed their hair with blow torch. 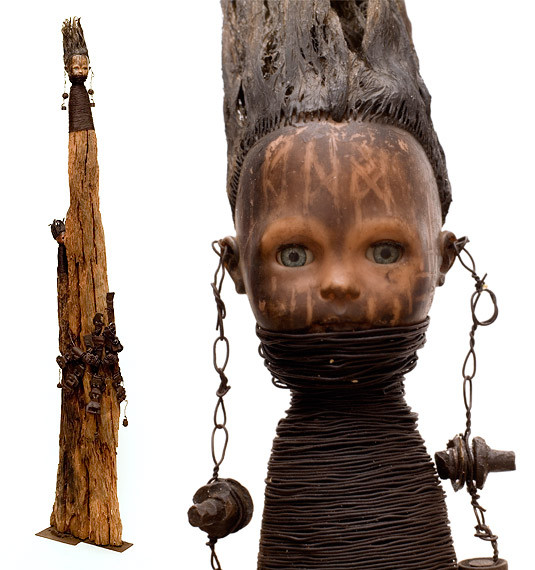 Combined with burnt and aged wood, shells, metal, wire, cloth, twine, seeds, he re-animates the life history of these traditional objects and ancestral traditions. He hopes by re-creating the dolls in a new situation, he rewrites a more humanistic story (despite them looking slightly voodoo-esque which can be little disconcerting when first encountered). 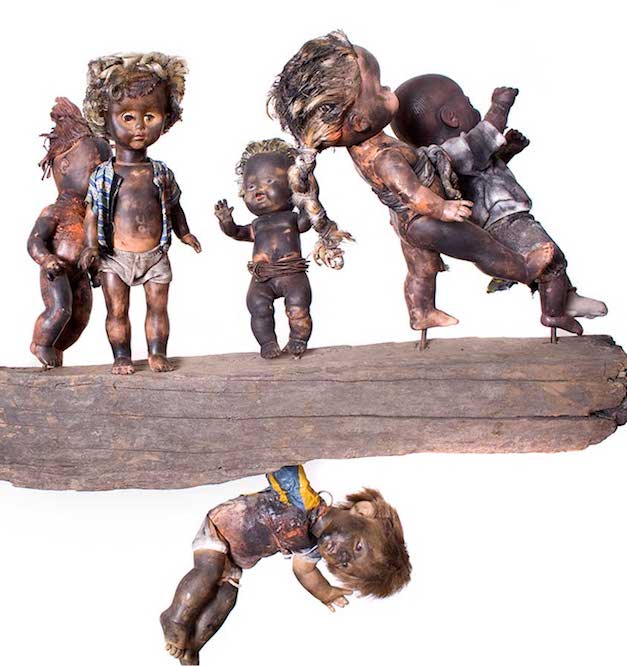 Growing up with a grandmother who performed 'twin rituals' and other Fon sacred rites, Quenum developed a fascination for the objects he encountered during these ceremonies.

His creations attain some of the deep spirituality that marks Benin's traditions which includes having totems that can represent an individual, a family or a deceased member of a family. The combination of the old with modernity has a powerful emotional charge. Tenderness and violence are combined... but always with Quenum there is a sharp instinct for a 'perfectly realized whole'.

On the other hand his paintings leave a lot to the viewers imagination.. pared down figures, no features or details, the story has to be unfolded in one's own mind. His mark-making is naive and repetitive and his backgrounds are emptied of color. Strong blocks of color dominate focus areas. 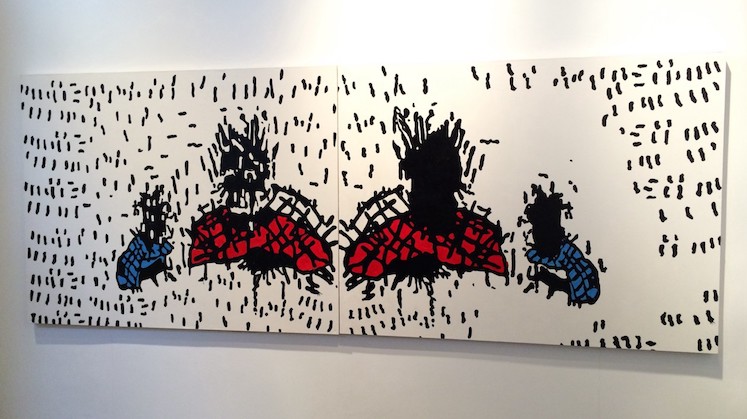 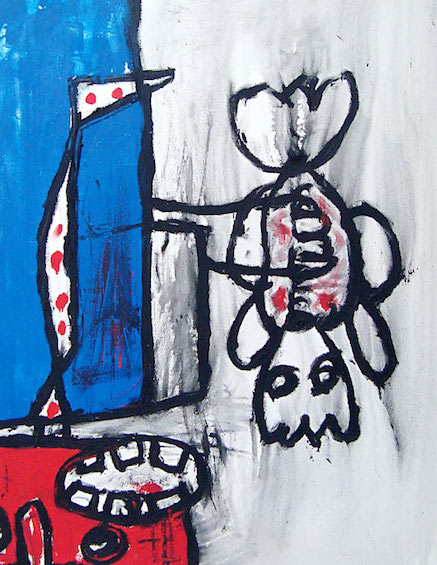 Yet these paintings too, maintain an energy that is compelling and engaging.