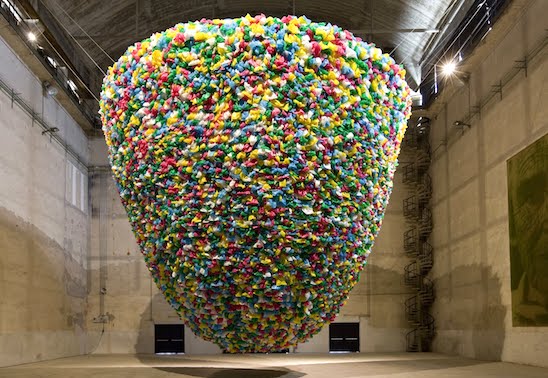 Tayou's work is closely linked to the idea of travel. Objects, sculptures, installations, drawings, videos all have a recurring feature... they dwell on the individual moving through the world exploring the global village. His work does not confine itself to one medium or to a particular set of issues that he consistently revisits. Indeed he is able to demonstrate his ideology with international themes like individual and national identity and global consumption. He weaves forgotten histories and raked-up memories with contemporary imagination.

Works are often produced in situ with objects and materials sourced locally.

He displays a strong sense of craftsmanship and skill in his assemblages... mysterious forms are constructed from all sorts of found objects such as cloth, glass, organic matter, consumer waste, plastic, whatever is immediately at hand. 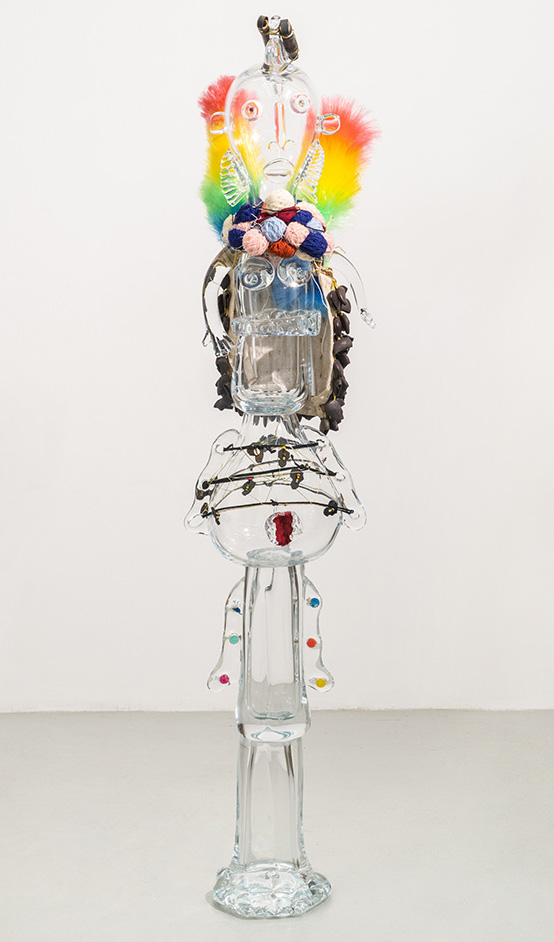 His Poupee Pascale series are comprised of ritualistic objects fashioned after totemic sculptures of his ancestry. Glass, plastic, beads etc replace wood, nails and shells. These dolls open the way to a new form of modern fetishism.

A lot of his art is monumental; large-scale pieces built for maximum impact, placed inside and outside. Wood often plays a significant role, sometimes used in its original form and sometimes crafted to be something else (like pointed colored pencils). 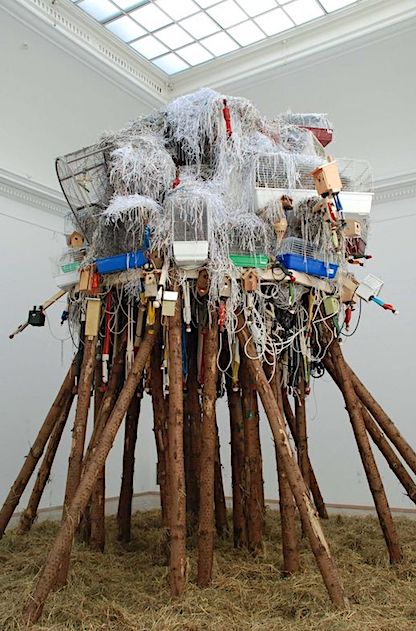 'Home, Sweet Home' seen above is a piece that evokes a Tower of Babel made from bird cages, wooden spikes, rope and paper-mache. In the installation for Galleria Continua titled "Voodoo Child", Tayou works with an open format, building individual pieces that unfold from memories of his childhood environment up to now. 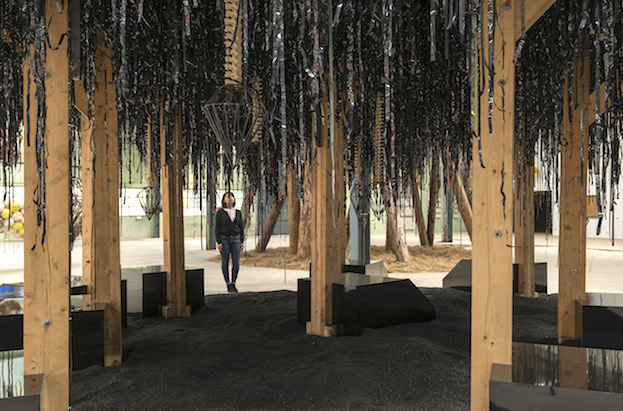 "Diamondscape' is a menacing, black sand landscape recalling the exploitation of mining and of the men who toil in them. Metallic diamonds hang from vertebrae, black VHS tape forms the ceiling. 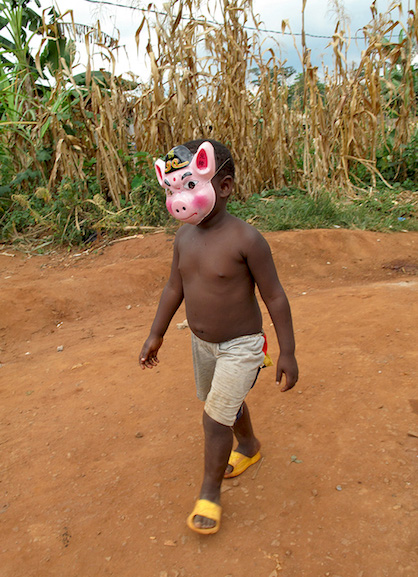